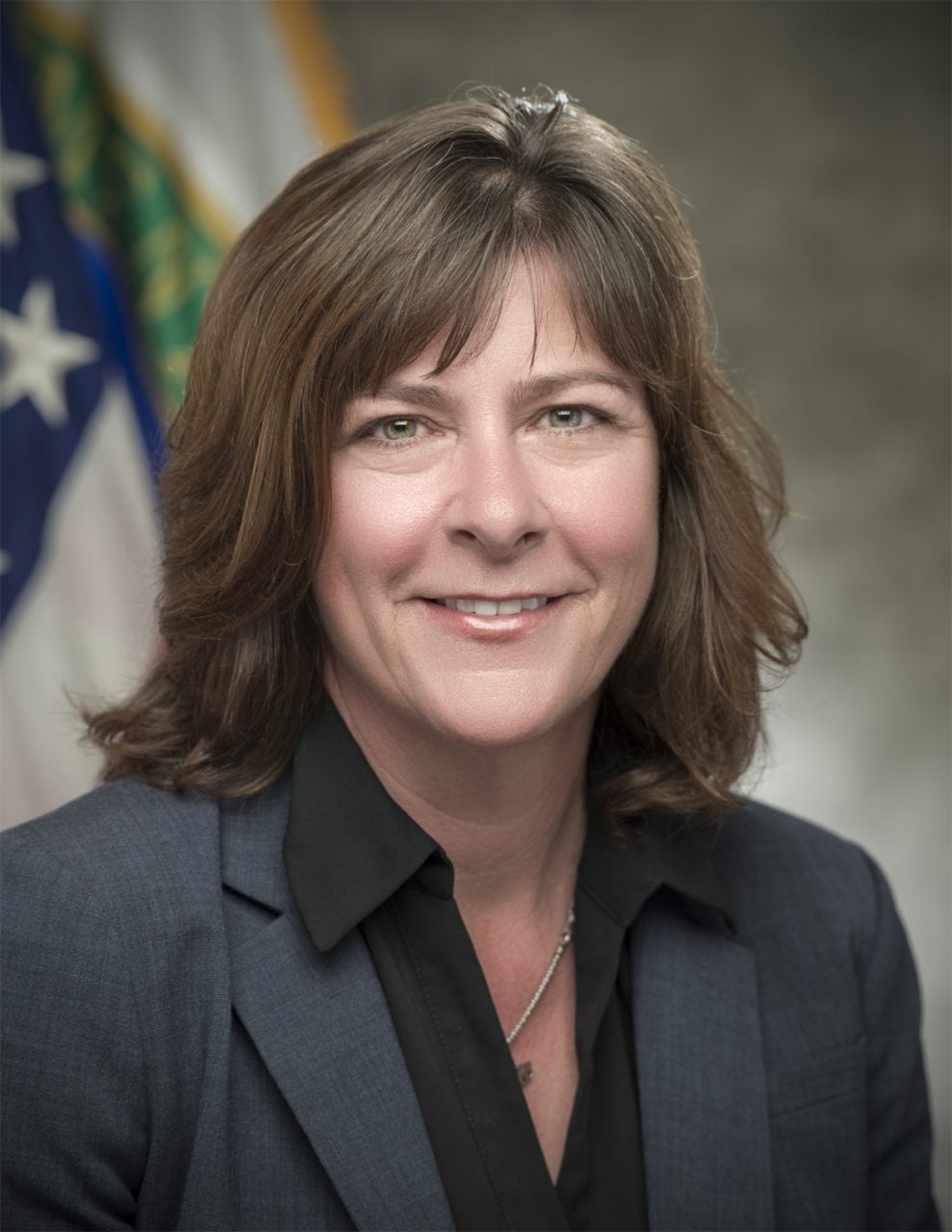 Energy Department Assistant Secretary for Environmental Management Anne Marie White enters her first full year on the job with both her leadership team largely in place and a strategy to reinvigorate the agency’s $7 billion-plus nuclear cleanup program.

Including White, sworn into office late last March, four of the five top jobs at Environmental Management have now been filled on a permanent basis. Her lieutenants have decades of experience within DOE. The former environmental cleanup consultant will rely on this group in the coming months as she tries to revive a “completion mindset” for environmental remediation across the weapons complex.

In November, White made her most significant personnel move in tapping longtime department manager Mark Gilbertson as her principal deputy assistant secretary, EM-2 to her EM-1. Gilbertson had held the job on an acting basis since late August.  He succeeded another familiar face within DOE, Jim Owendoff, who now serves as department-wide chief risk officer.

Gilbertson gave up his old role as assistant secretary for EM’s Office of Regulatory and Policy Affairs. That job is being filled on an acting basis by Betsy Connell, a onetime chief of staff at EM. White still needs to name a permanent replacement for the post.

EM-1 Aiming to Put Her Stamp on Cleanup

During her September speech at the ExchangeMonitor’s RadWaste Summit in Nevada, White stressed her desire to move past the current “plateau” in remediation of the legacy of Manhattan Project and Cold War nuclear defense operations.

While only 16 sites remain, out of the more than 90 when the Office of Environmental Management was established in 1989, closing out the remaining properties is expected to take decades and tens of billions of dollars.

Under White’s guidance, EM has sought to accelerate final remediation of nuclear sites. To do this, the DOE rolled out an approach focusing on “end states,” or major 10-year milestones toward completion.

The agency held industry briefings in August and October focusing on how the end state philosophy, emphasizing increased contractor operational flexibility in furthering and expediting remediation, would be applied to the Hanford Site’s Central Plateau Cleanup Contract and Environmental Program Services for the Nevada National Security Site. The approach offers contractors potential fees of up to 15 percent, whereas most fees now top out at less than 10 percent.

While praising White’s goal, many contractors also say the assistant secretary should not underestimate the work associated with streamlining the established procurement system. By asking contractors to propose their own milestones to reduce environmental risk, DOE could end up with vendors bidding on a different set of “apples and oranges,” sources have said.

“I think overall generally she has a ‘get ‘er done’ mentality,” a DOE subcontractor said of White last month. She seems “anxious to drive the EM projects to completion.”

The department’s Environmental Management funds are set by Congress and come with strings attached. If a contractor saves money on one category in a DOE project, it is not always a simple matter to divert the extra funds to another facet of remediation, the source noted. Likewise, some sources have noted large publicly traded companies often prefer assurance of relatively set fees over variable fees.

After issuing a draft request for proposals (RFP) in September for the 10-year, $6.5 billion Hanford Central Plateau contract, DOE was swamped with industry comments on how its end state strategy would work in the actual procurement. Some vendors feared the new format would increase the cost of preparing proposals, because of lack of consistent criteria for what work DOE is expecting. Generally, many contractors suggested the agency was trying to go too far, too fast.

The agency then issued a Dec. 12 document, the “Modification to End State Contracting Model,” in an effort to clarify the RFP and allay industry concerns. Among other things, DOE said in the modification it is now proposing a single-award indefinite delivery/indefinite quantity (IDIQ) contract that could accommodate both cost reimbursable (CR) and firm-fixed-price task orders. The agency said this would reduce contract preparation costs and align the requirements for all vendors, “thereby leveling the playing field,” DOE said in the modification document.

Two sources with major DOE contractors offered very different views on the modification to the Central Plateau solicitation meant to set the mold for end state RFPs..One called it a major step in the right direction because it was more narrowly defined and understandable than the draft RFP.

The second said using IDIQ task orders to carry out multibillion-dollar projects seems like an extremely piecemeal approach because there are typically $100 million limits on such task orders. “Cost estimating will be more expensive to the taxpayer because the estimating will be done “on the (DOE) clock” One too many or one too few quotation marks in this section. rather than as part of proposal preparation, which DOE does not pay for, he added.

Whatever approach is eventually taken, the cleanup office must find a way to quicken the pace of contract awards, sources have said in recent months. For example, industry is still waiting to see who will win the reissued 10-year contract for liquid waste management at the Savannah River Site in South Carolina. Before it was undone by a bid protest in February 2018, BWX Technologies-led Savannah River EcoManagement landed the initial $4.7 billion award in October 2017 for the contract.

The last procurement schedule from Environmental Management called for the liquid waste contract, which is not patterned after the end states approach, to be awarded n November. Rumors have flown for months that the award was imminent.

White “sets the tone and beats the drum” for her staff, and her leadership should help quicken the pace of weapons complex awards, said the industry source who favors the IDIQ modification.