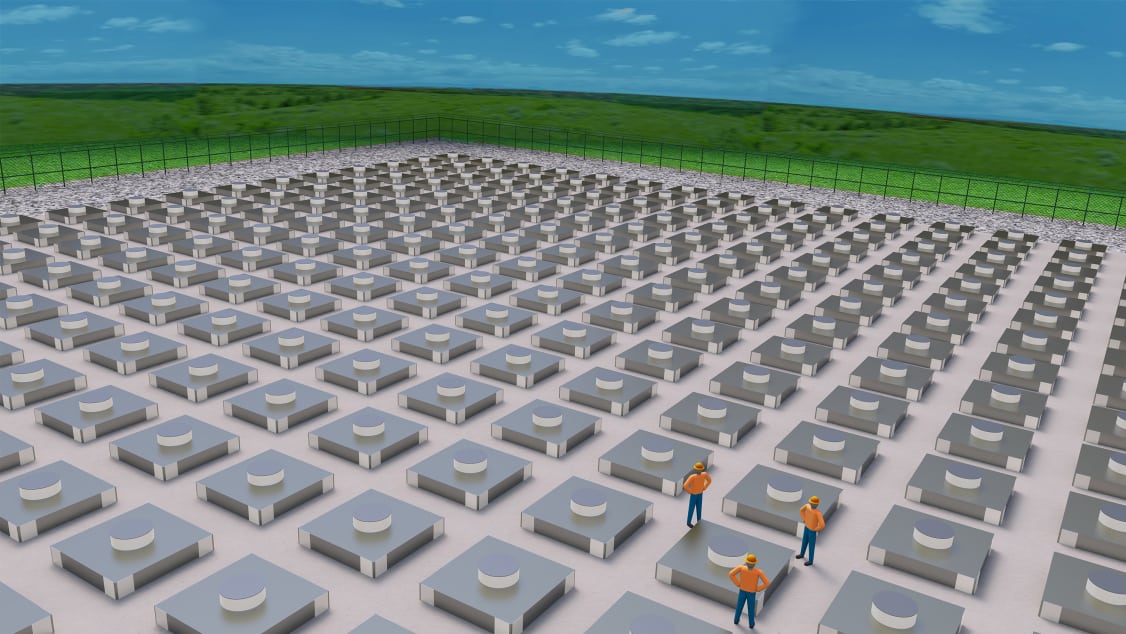 “We are disappointed the judge denied our request for preliminary injunctive relief,” said Holtec lawyer Joseph Delmar in a statement. “However, we are pleased that he opted to retain jurisdiction of this matter as he recognizes that the case raises clear federal issues. We look forward to an ultimate determination of this matter on the merits.”

In December, Holtec submitted a request to the Lacey Township planning commission to expand its ISFSI pad to accommodate more dry storage casks. It later withdrew the application, saying it had decided against the expansion.

Despite rescinding the application, Holtec allegedly continued with the construction work it said it wasn’t planning to do, the township alleged. The township issued a stop order against the activity, and when Holtec refused to comply, filed a lawsuit against the company in the Superior Court of New Jersey.

The suit was upheld and later settled by Lacey Township and Holtec. Both parties entered an agreement that Holtec wouldn’t begin construction until it received the permits. Holtec filed applications for the permits, and the township rejected them in September, claiming the decommissioning company mischaracterized the “temporary” nature of the casks and offered no explanation of how long they will last.

Holtec filed a suit in the Federal District Court of New Jersey in Trenton to block the township’s rejection of its plan. If granted by a judge, a temporary restraining order would allow the company to continue with its dry run, which was scheduled to start Oct. 26.

In its filings, Holtec argued the township was refusing to offer the permits due to “radiological concerns”, which Holtec said are solely for the Nuclear Regulatory Commission to consider, and well outside the township’s ruling jurisdiction.

Judge Michael Shipp ruled that any theoretical harm from a blocked dry-run would be purely economic, agreeing with an earlier filing by the township. Because economic losses can be compensated, they cannot be used to prove irreparable harm in the courts, Shipp said.

Holtec acquired the Oyster Creek nuclear plant from Exelon last summer. It was one of the country’s oldest plants before closing in September 2018. Before Holtec’s offer to decommission the facility, Exelon itself had plans to take the plant down over the course of 60 years.