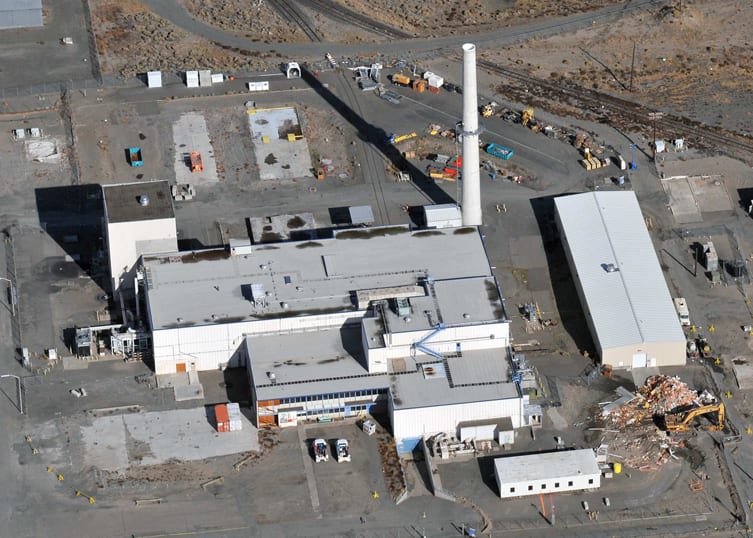 CH2M Hill Plateau Remediation must stop work in radiologically contaminated areas of Building 324 at the Hanford Site in Washington state until it gets a handle on troubling incidents of contamination, according to a recent order from the U.S. Energy Department.

The DOE’s Richland Operations Office “expects that workers at Hanford are protected from personnel radiological contamination while accomplishing our important Hanford mission,” according to the Nov. 14 letter from federal managers at the site to Ty Blackford, the cleanup contractor’s president and CEO.

The letter, obtained by Weapons Complex Monitor, signed by Richland Deputy Manager Joe Franco and Contracting Officer Jenise Connerly, was prompted by a Nov. 14 incident in which a worker suffered skin contamination at a soil excavation project at Building 324, the Chemical Materials Engineering Laboratory.

For decades, the 300 Area was the center of Hanford’s radiological research and nuclear fuel fabrication efforts.

Building 324, perhaps the most contaminated Area 300 facility, is a three-story structure that has one floor underground. It operated from the 1960s until the 1990s for materials and chemical process research. It is one of the last buildings remaining to be demolished in the 300 Area.

“Cleanup work in radiologically controlled areas inside the building will not resume without proper DOE oversight and approval,” Hanford Manager Brian Vance wrote this week in a memo to Hanford Site employees.

This is the latest episode of worker contamination at the Central Plateau cleanup project in the past year, according to the letter. “Although individually the contamination levels have been low and no dose has been assigned to workers, collectively the number of personnel contamination events indicate a negative trend,” Franco and Connerly wrote.

Since January there have been 11 cases of contamination – eight involved clothing and three involving skin, according to Energy Department data. That is out of 12,000 entries into contaminated areas around Building 324.

It is essential that CH2M address the problem, the Hanford managers said. As a result, only a minimum of work necessary to maintain safety should be done around Building 324, the Energy Department said in its letter.

Roughly 60 people do work in contamination areas at the 324 Building that will be affected by the suspension. Remediation at the plant currently centers around stabilizing the foundation of the building for the eventual removal of contaminated soil under the structure.

The second primary task is cleaning out B Cell to eventually cut through the floor to access the soil. Right now, CH2M crews have shifted to structural support activities outside of the building, along with equipment fabrication needed for future tasks, equipment testing, training, and planning, according to a Hanford source.

“The 324 Building presents complex challenges,” Vance said, adding that DOE is supporting the contractor as it analyzes the contamination events.

A group of subject matter experts from CH2M and parent company Jacobs are developing a strategy to combat the problem, Blackford told employees in a Wednesday memo.

CH2M has held the $6.4 billion Central Plateau Remediation contract since October 2008. It recently received a 12-month extension keeping it on the job through September 2020. The work includes cleaning up contaminated plumes before they can reach the Columbia River, as well as demolition of Hanford’s Plutonium Finishing Plant.