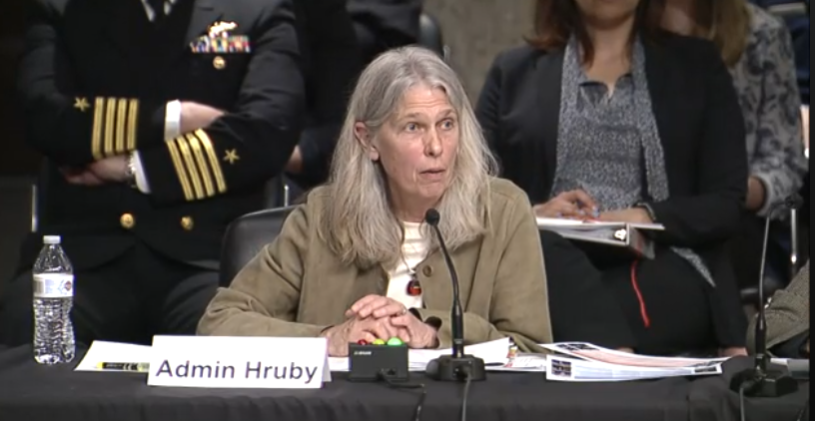 The National Nuclear Security Administration won’t be able to make 80 pits annually by 2030 even if Congress throws more money at the problem this year, the agency’s top official and the Pentagon’s acquisition chief both told Senators Wednesday in a hearing

“The nuclear weapons council stands by the assessment that was provided, that I signed on April 22 of the adequacy of the [NNSA] budget, as well as that no additional money will get the pits to 80 per year,” William LaPlante, under secretary of defense for acquisition and sustainment, said during a hearing of the Senate Armed Services strategic forces subcommittee. LaPlante chairs the Nuclear Weapons Council, the main nuclear weapons acquisition coordinator.

“I concur,” Jill Hruby, administrator of the National Nuclear Security Administration (NNSA), and another witness at Wednesday’s hearing, said. “No additional amount of money will get 80 pits per year in 2030. That’s a statement I completely agree with.”

LaPlante and Hruby were among six witnesses, most members of the Nuclear Weapons Council, who testified before the subcommittee in a rare public appearance of the joint NNSA-Pentagon group, which coordinates civilian and military nuclear-weapon procurements.

The NNSA last year acknowledged that its two planned plutonium pit factories, one at the Los Alamos National Laboratory in New Mexico and one at the Savannah River Site in South Carolina, will not be able to produce 80 pits annually by 2030, as required by the military. Pits are the fissile triggers of nuclear-weapon first stages.

The Los Alamos factory should begin producing a steady 30 pits or more a year in 2026, the NNSA says, but the Savannah River factory, on the hook for 50 pits a year, probably will not start casting pits until 2032 or 2035, the agency says.

In Wednesday’s hearing, Hruby said the Savannah River Plutonium Processing Facility, which will be built from the partially completed Mixed Oxide Fuel Fabrication Facility, will begin making pits “at rate” as soon as it is built.

The NNSA in March requested some $4.6 billion for the pit plants as part of its Production Modernization budget for fiscal year 2023. That would be an increase of more than $1.7 billion compared with the 2022 appropriation under an omnibus spending bill signed into law on March 15.

The 2023 Production Modernization request is also more than $1 billion higher than the $3.5 billion the agency predicted, as recently as 2020, that the line would need.

Meanwhile, the NNSA is seeking some $250 million in extra funding for long-lead procurements, glove boxes and pit technician training, among other things, to help prevent hiccups with the Savannah River pit plant down the line, Hruby told Senators Wednesday.

That requested boost “was associated with trying to buy down risks and accelerate processes to get to construction completed fast and to get to pit production faster, not to get to 2030,” Hruby testified. “So this would still be post 2030 but it would allow us to have more confidence that we wouldn’t have to stop or stall because we didn’t have equipment when we were doing the construction project and to make sure the people are ready to make pits when they can get in the building.”