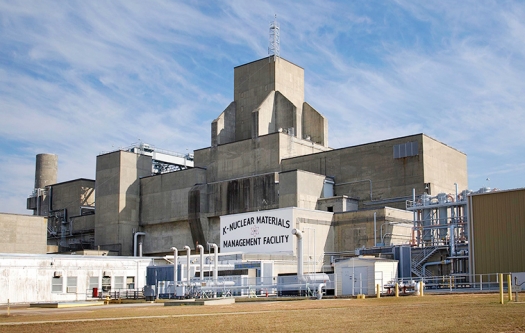 The National Nuclear Security Administration (NNSA) said this week it has shipped 1 metric ton of weapon-usable plutonium out of South Carolina as ordered by a federal court in 2017.

The court ordered DOE and the NNSA to remove the metric ton of plutonium from South Carolina after the federal government failed to meet a legal deadline to either convert the material into commercial reactor fuel at the Savannah River Site’s now-canceled Mixed Oxide Fuel Fabrication Facility (MFFF), or remove it from the state by Jan. 1, 2016.

The NNSA said it last year sent half the metric ton covered by the 2017 order to the Nevada National Security Site, some 100 miles northwest of Las Vegas. The agency planned to send the rest of the plutonium to the Pantex weapons assembly and disassembly plant in Amarillo, Texas, according to a publicly available environmental review published in 2018.

Asked whether, and how much, plutonium was shipped to Pantex from Savannah River, an NNSA spokesperson this week deferred to a Thursday press release that referenced the 2018 environmental review.

“Due to operational security, NNSA does not disclose how much material was shipped to each site,” the press release reads.

The plutonium is headed ultimately to the Los Alamos National Laboratory in New Mexico, where starting in the mid-2020s it will  be converted into pits: fissile nuclear-weapon cores. There is still about 10 tons of plutonium left at the Savannah River Site, and South Carolina Gov. Henry McMaster (R) this week told the local Aiken Standard newspaper that the 1 metric ton removed is only a “small step” of many needed to get rid of the rest of the plutonium.

McMaster said South Carolina would do “whatever it takes” to prevent the NNSA from keeping plutonium in the state permanently, the Standard reported.

The court order that booted the metric ton of plutonium out of South Carolina is part of a lawsuit the state brought in 2016. South Carolina is separately suing the NNSA in the U.S. Court of Federal Claims to collect $1 million in fines for the first 100 days of each year starting Jan. 1, 2016, that the federal agency fails to remove plutonium from the state. Both lawsuits cite the same federal law.

The state and the federal governments tried to settle the Federal Claims Court case, but negotiations collapsed this summer. Now, South Carolina is pressing ahead with the $200-million claim, which covers 2016 and 2017. The state has said it will continue to file legal claims for subsequent years, though it had not done so at deadline Friday for Nuclear Security & Deterrence Monitor.

South Carolina Attorney General Alan Wilson has told local media the state likely will not file suit until 2022. Under federal law, that is the year by which the NNSA must process or remove all the plutonium it shipped to Savannah River for conversion in the MFFF.

In a statement this week, Wilson said South Carolina would “continue [to] enforce the law and hold the federal government to its commitments to South Carolina and its citizens.”

The NNSA said last week it does not plan to start building the MFFF’s replacement, the Surplus Plutonium Disposition facility, until fiscal 2022, which begins Oct. 1, 2021. The planned facility is not expected to start up until 2028 and cost around $20 billion to operate until about 2050, according to the agency’s current schedule.

Meanwhile, the NNSA still says it has no money to pay fines to South Carolina. The state, on the other hand, maintains the agency’s Material Disposition account is a legally eligible bill payer. That is despite McMaster’s statement last month in the local Post and Courier newspaper that “[w]e don’t want the money” for which the state has sued, but rather removal of the plutonium.

In a filing last week with the Court of Federal Claims, South Carolina said the NNSA sought appropriations in fiscal 2019 within the Material Disposition account to expedite plutonium removal from the Savannah River Site. Also, the state asserted, the NNSA plans to use Material Disposition funding in fiscal 2020 to design and develop the Surplus Plutonium Disposition project that the agency says is needed to remove the rest of the plutonium originally intended for MFFF.

Both requests, the state argued, show the NNSA believes the Material Disposition account has “a logical relationship” with plutonium removal. That makes the account fair game for “necessary expenses” associated with that removal, of which the fines are one, the state said in the filing.

The Department of Justice had not filed a response with the court on the NNSA’s behalf at deadline for NS&D Monitor.