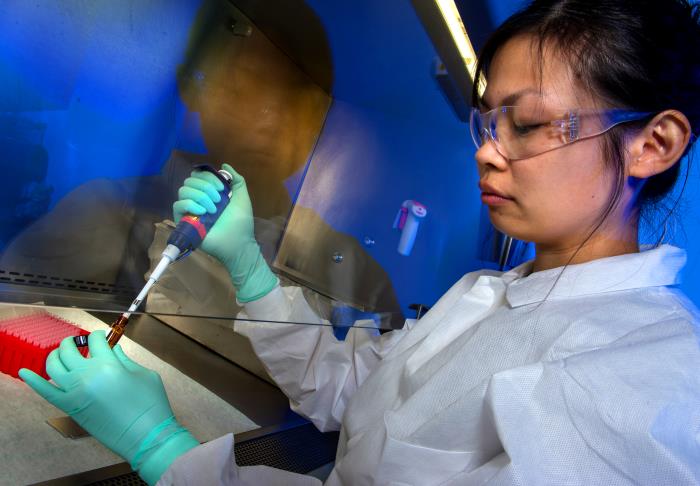 The number of active cases of COVID-19 among Energy Department nuclear cleanup personnel rose substantially this week, and some industry sources suspect this is slowing a return to normal operations at former Cold War and Manhattan Project sites.

There were 94 active cases as of Thursday within the DOE Office of Environmental Management (EM) complex, a representative. The count at the end of the previous week was 66.

The DOE nuclear remediation office does not release numbers for total novel coronavirus 2019 infections dating to the beginning of the pandemic here in early 2020. Two workers within the EM complex have died: An employee of the management contractor at the Savannah River Site in South Carolina who died early this month, and an employee at the department’s headquarters offices in the Washington, D.C. area. The cleanup office has confirmed two fatalities but not confirmed where they worker, other sources confirmed their jobsites.

The agency’s cleanup sites, with the exception of the Moab Uranium Mill Tailings Remediation Action (UMTRA) project in Utah, scaled back to minimal operations from mid-March to late May in an effort to slow the spread of the viral disease. This status change involved heavy reliance on telecommuting, as well as paid leave for personnel who could not work remotely.

Two months after the Energy Department began remobilizing personnel at its headquarters buildings and around the nation, no cleanup sites have yet entered Phase 3, which would signal a return to near pre-pandemic staffing inside the fence.

Some of the largest Office of Environmental Management operations, such as the Hanford Site in Washington state and the Savannah River Site in South Carolina, remain in Phase 1.

Phase 1 entails bringing back on-site key people who might work in their offices or others doing low-risk jobs outside that require little personal protective equipment.

Based largely on site-specific and regional health data, cleanup complexes can enter Phase 2, which builds on Phase 1 by bringing additional personnel back to the site, including those doing work involving moderate risk, provided there is enough PPE. During Phase 2 the staffing can exceed 50% of the pre-COVID-19 headcount, based on anecdotal data.

The other five sites remain in Phase 1.

Two industry sources said this week the resurgence of COVID-19 throughout much of the country has probably slowed the remobilization efforts.

“The case rates are up” and the numbers are heading the wrong way, one industry source said Thursday. This is true nationally, and it reflects the reality at many Environmental Management properties, he said.

Benton and Franklin counties in Washington state, which surround the Hanford Site, together report more than 5,900 COVID-19 cases.

A second industry source said some locations, such as Hanford, are going to face real challenges in getting back to normal work because they are located in areas with high COVID-19 levels. He noted that DOE officials at Hanford have still not authorized the transition to its new site services contractor, which received the award in December. The same goes for the new contractor for Central Plateau remediation, which also won the award in December. Industry sources have said the changes probably won’t happen until most of the affected workforce is physically back on the site.

An online summary of COVID-19 cases as of Friday, based on government health data, places the total number of infections in the United States at more than 4.1 million and domestic deaths at roughly 147,000.

The site management prime confirmed the new case in a social media post on both Facebook and Twitter. The individual became ill July 11 and was subsequently tested for COVID-19, with results submitted Tuesday.

No other WIPP employees were exposed to the individual, according to the announcement. Officials at WIPP could not be reached this week for additional comment.

The case brings the number of confirmed infections at the transuranic waste site to at least five.

Earlier this month, WIPP announced an employee of contractor CAST Specialty Transportation, who works at a trucking terminal in Carlsbad, tested positive for the coronavirus. Three prior cases reported by WIPP also involved employees of various contractors.

Many DOE nuclear sites do little public reporting of infections.

The Hanford Site and the Savannah River Site have been leaders in transparency, posting regular COVID-19 case updates to their public websites. The last news of a confirmed COVID-19 case at Hanford was posted Tuesday, bringing the total there to 32, based on anecdotal information.

The Savannah River Site has not reported any new COVID-19 cases since July 17. It lists a total of 131 cases of COVID-19 among its workforce, with 66 having recovered and been cleared to return to work. The South Carolina site hosts significant operations for both the DOE Office of Environmental Management and the semiautonomous National Nuclear Security Administration.