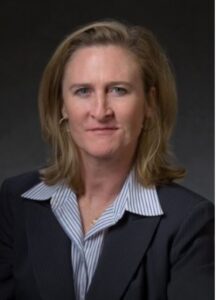 The Department of Energy should award a new long-term contract for cleanup of the Oak Ridge Site in Tennessee by the end of the year, agency officials said at an annual conference sponsored by the Energy Technology and Environmental Business Association Wednesday.

Angela Watmore, the acting deputy assistant secretary for acquisition and project management for the DOE Office of Environmental Management, told conference participants to expect the award before 2022.

The request for proposals (RFP) for the contract, a potential $8.3 billion indefinite-delivery/indefinite-quantity deal with an ordering period of 10 years, was issued in December 2020. The RFP drew attention from most of the major contract names across the weapons complex, and the bid proposals are under evaluation, Watmore said.

The award will name a successor to the UCOR contract, now valued at $4.2-billion, which an Amentum-Jacobs partnership has held since August 2011. The pact was scheduled to run through January.

UCOR last year finished demolishing the last of the structures at the old K-25 gaseous diffusion plant complex, now known as the East Tennessee Technology Park, and is turning its attention to cleanup work at the Y-12 Nuclear Security Complex and the Oak Ridge National Laboratory.

The focus at the laboratory is removing former research reactors and isotope production facilities as well as eliminating uranium-233 inventory, while the top priorities at Y-12 are removal of old contaminated “excess” facilities and retrieving mercury, said Laura Wilkerson, deputy manager of DOE’s cleanup field office at Oak Ridge.

The new remediation contractor will also eventually oversee the Outfall 200 Mercury Treatment Facility being built by a team of APTIM and North Wind, according to DOE. Altogether there is about 30 years of work left at Oak Ridge, Wilkerson said.

Wilkerson also envisions regulatory approval of plans for a new on-site landfill, known as the Environmental Management Disposal Facility, to take low-level radioactive waste from demolition at Y-12 and Oak Ridge National Laboratory. An updated draft record of decision from DOE, the state and Environmental Protection Agency, is expected out later this month.

Much of the cleanup work at the federal complex in Tennessee over the next 30 years will be concentrated around Y-12 and the lab, including remediation or removal of old contaminated structures that aren’t part of continuing missions.

Unlike the East Tennessee Technology Park area, which is owned by the Office of Environmental Management, the cleanup office does not control Y-12 or the Oak Ridge National Laboratory.

Any remediation complications arising from that issue could be simplified by the $160-million West End Protected Area Reduction project, which should reduce the size of the 150-acre high-security protected area around Y-12 by almost half, according to the NNSA.

That project, led by the semi-autonomous National Nuclear Security Administration (NNSA) and Consolidated Nuclear Security, is expected to be finished in 2025 and will also modernize the security zone, NNSA speakers said. The move will allow Environmental Management crews who lack higher-level chances to access buildings Alpha-4, Alpha-5, and Beta-4, and the concentrated sources of mercury in the environment around those structures, NNSA has said.

This year’s ETEBA conference was a hybrid event with some people attending in person. Many federal speakers such as Watmore, Wilkerson and Jay Mullis, the Oak Ridge environmental field office manager, spoke remotely.