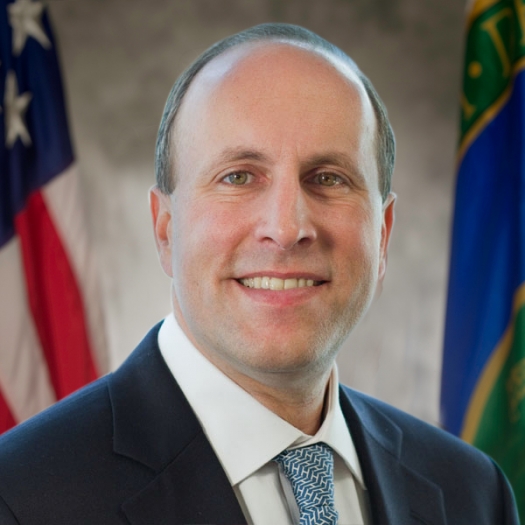 Paul Dabbar, the Department of Energy’s undersecretary for science, joined lawmakers and other officials at the Savannah River Site in South Carolina Thursday to dedicate the long-anticipated Salt Waste Processing Facility.

The plant “is the final piece to what is an impressive and highly successful liquid waste program here,” Dabbar said in a DOE press release. “Bringing it online is a tremendous victory, not only for the site, but for the entire cleanup mission.”

“Hot commissioning” will start early next month for the plant designed to treat 31 million gallons of tank waste, said Mike Budney, the manager of the DOE Office of Environmental Management operations at Savannah River.

That is when the first radioactive waste will be transferred into the Salt Waste Processing Facility.

In mid-August, the DOE received approval for radioactive operations to begin at the facility, which will process most of the site’s salt waste inventory by separating highly radioactive constituents for treatment through vitrification from the predominately low radioactive, large volume salts that will be treated for disposal on site.

The salt waste takes up over 90% of the tank space at Savannah River tank farms. Commissioning of the plant is considered a major step toward emptying and closing the remaining 43 high-level waste tanks at the federal complex. The DOE expects the tanks to be empty by the mid-to-late 2030s.

Parsons signed a $2.3 billion contract in 2002 to design and build the 140,000-square-foot facility to treat salt waste left over from Cold War nuclear-weapons production at Savannah River. The cost range envisioned at the outset extended from $693 million to $2.6 billion.

Construction was completed in June 2016, which had DOE and Parsons anticipating a December 2018 startup. However, valve replacements and technical problems delayed operation by more than a year. At one point DOE accused Parsons of mismanaging the project.

Parsons will run the Salt Waste Processing Facility for its first year of operation before passing it on to the site’s liquid waste contractor, currently Savannah River Remediation.