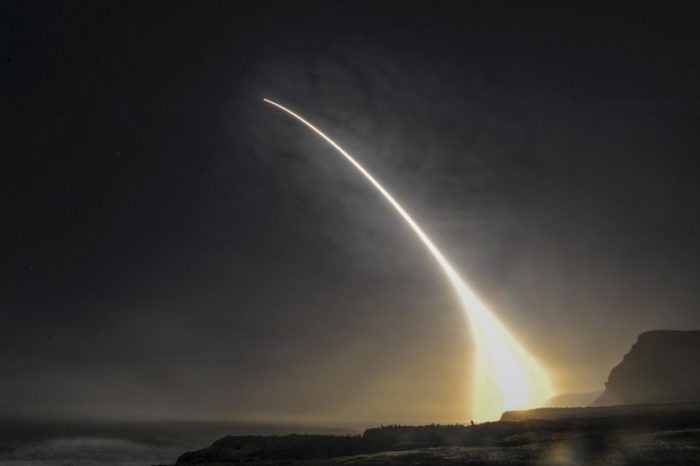 In an online forum this week, Sen. John Tester (D-Mont.) vowed to use his appropriations gavel to keep the Air Force’s next-generation nuclear-tipped intercontinental ballistic missile “on track,” while a former senior pentagon official said congressional support for the program was broad but not deep.

Tester delivered recorded remarks to an audience of just under 100 people during an online event hosted by the Washington, D.C.-based non-government group, the Advanced Nuclear Weapons Alliance. Chair of Senate Appropriations defense subcommittee in the 117th Senate, the Senator has acknowledged there will be a debate about the Ground Based Strategic Deterrent (GBSD) missile program during the 2022 federal appropriations process.

The missile fields of Malmstrom Air Force Base in Montana are “within sight of my family farm” Tester said Tuesday, and the intercontinental ballistic missiles siloed there “need to be modernized and up-to-date with 21st century technology or they won’t be effective. And that’s where GBSD comes in.”

Tester stands as one of the big bulwarks in Congress against any changes in the 30-year, $1-trillion nuclear modernization program started in 2016 by the Barack Obama administration and continued, with minor additions, by the Donald Trump administration.

The Joe Biden administration has not said where it stands on the modernization regimen, but the progressive wing of the House Democratic caucus has an appetite to cut or eliminate the silo-based fleet, or at least delay the rollout of GBSD by again refurbishing Minuteman III and pulling some deployed missiles from service to serve as test articles for future Minuteman components.

That “characterization of the congressional debate is correct,” Brad Roberts the director of the Center for Global Security Research at Lawrence Livermore National Laboratory in California, said during a panel discussion following Tester’s recorded remarks. [B]ut that’s not the same as to say that’s the debate inside the executive branch.”