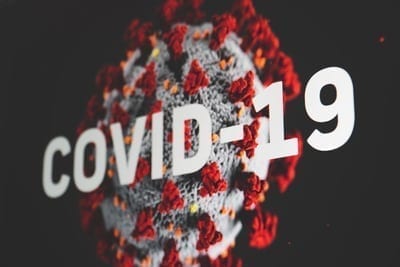 There were 23 new active cases of COVID-19 this week at National Nuclear Security Administration sites, marking a second consecutive week of double-digit increases across the civilian nuclear security enterprise.

That makes for a total of 69 active cases, up from 46 just before the Independence Day holiday, a spokesperson for the semiautonomous Energy Department nuclear weapons agency wrote in an email on Friday. The National Nuclear Security Administration (NNSA) has tracked a total of 137 cases at its facilities since the first confirmed U.S. case in January.

The NNSA does not specify the locations where the new cases were reported.

Amid the summer surge in cases nationwide, the NNSA’s three major production sites have returned to normal operations with maximum telework. This means many support services workers are back on-site at the nuclear-weapon facilities, even while people who can easily work remotely continue to do so.

A spokesperson for the Kansas City, Mo., National Security Campus said Monday the manufacturing hub for non-nuclear parts of nuclear weapons had transitioned to normal operations, joining the Pantex Plant in Amarillo, Texas, and the Y-12 National Security Complex in Oak Ridge, Tenn. The latter two operations — respectively, the U.S. weapons service hub and the manufacturing site for uranium-powered secondary stages — finished the transition by June 19.

Some percentage of the facilities’ employees were kept home from late March to late May, when most states ordered the majority of businesses closed and either asked or ordered citizens with nonessential jobs to shelter in place. None of the sites will say how many workers stayed home and are now again reporting to their usual stations inside the fence. Support work includes information technology specialists, administrative personnel, and others.

The three production plants welcomed more people back during an early summer explosion of new confirmed U.S. cases of the viral disease. Kansas City and the Amarillo area have experienced far worse outbreaks than Oak Ridge; Y-12 started letting many of its employees return to work in the second week of May, almost a month before Pantex started its transition to normal operations and maximum telework.

These locations have, from the start of the COVID-19 outbreak, faced pressure from NNSA leadership not to slow operations. Although each has had multiple confirmed cases of the respiratory illness, plus many associated quarantines of other personnel, all continued to bring people in for their usual shifts throughout the pandemic response.

NNSA headquarters came up with the designation “normal operations with maximum telework,” which connotes not the maximum fraction of workers expected to be on-site, but rather the types of workers allowed in. Broadly, the NNSA sorts these into workers needed to complete national security work, and those supporting them. Normally, there are about 3,500 employees at Pantex, 4,000 at Kansas City, and 6,000 at Y-12.

At the three nuclear weapons labs, confirmed cases rose again this week, as many states continued to permit larger gatherings in public spaces and businesses.

The Lawrence Livermore National Laboratory in Livermore, Calif., had 20 cases as of Friday, up from 14 a week ago, a spokesperson wrote in an email.

The Sandia National Laboratories had 24 cases this week: 20 at its Albuquerque, N.M. complex, and four at its Livermore, Calif., satellite location. That was up from 21 last week, when there were 17 in Albuquerque and four in Livermore. Sandia had, as of this week, tested “more than 1,600 people” at Albuquerque, a spokesperson said. Like Los Alamos, Sandia can process its own tests. Unlike Los Alamos, Sandia only tests employees at their request. Sandia prime National Technology and Engineering Solutions of Sandia employs some 12,550 people, but about 60% of those are still working from home, the spokesperson said Friday.

As of last week, the most recent for which data was available at deadline, the Los Alamos National Laboratory in New Mexico had 14 cases. The lab has run some 1,800 tests among the employees currently reporting to work on site. These essential employees are subject to the lab’s mandatory random-screening program for COVID-19. Most of the lab’s 12,700 employees are still working off-site, according to the lab.

The figures below are the cumulative cases recorded since the first confirmed U.S. instance of COVID-19 in January.

Data come from a tracker maintained by Johns Hopkins University in Baltimore, from the Centers for Disease Control and Prevention, and from select states, counties, and cities, where noted.

The Monitor tracks weekly changes, using the latest data available at deadline, which is sometimes current as of the Thursday before publication.

The statewide case count again surged this week, with Missouri registering around 26,450 confirmed cases and 1,075 total deaths, up from some 23,200 confirmed cases and 1,028 deaths a week ago. The rate of growth in new cases fell this week, as there were about 250 fewer new cases reported statewide than last week. Last week, there were 950 fewer new cases reported than the prior week, reflecting a drop-off from a big spike in June.

Missouri was among the first states to reopen businesses that shuttered for months to slow the spread of COVID-19, and to relax restrictions on the size of gatherings.

Bernalillo County, near Albuquerque and Sandia, had about 2,800 confirmed positive cases and 94 deaths at deadline, up from 2,331 cases and 86 deaths last week. There were around 75 more new cases confirmed this week than last week, a slight increase in the rate of growth for the county.

Cases in some of the counties surrounding Los Alamos rose again this week, at an overall rate of growth around the same as last week’s.

There were at deadline around 57,600 confirmed total cases and 710 total deaths statewide, up from 48,700 cases and 609 deaths a week ago. There were some 1,800 fewer new confirmed cases this week than there were last week, when Tennessee confirmed 2,100 more new cases than in the prior week.

In Alameda County, near the Livermore lab, there were as of this week more than 7,400 confirmed cases and 146 total deaths at deadline, up from about 6,700 confirmed cases and 136 deaths a week ago. The number of new cases this week was about 600 lower than the number of new cases last week, reflecting a big week-to-week increase before Independence Day. The county issued standing orders to shelter in place and wear masks in public in mid-June, which it had not lifted at deadline Friday.

There have been more than 5 million total tests performed in California, up from about 4.2 million last week and 3.7 million the week before that.

Cases at the Savannah River Site itself again increased this week, and Aiken had over 75 more confirmed new cases this week than it did the week before. Cases continue to rise rapidly in South Carolina overall, which was among the first states to ease restrictions on physical distancing and gatherings, and which has more than doubled its number of confirmed cases since mid-June.

Aiken had around 575 confirmed cases at deadline Friday, with 11 deaths. That’s up from about 406 cases and 10 deaths a week ago.

The Savannah River Site itself had confirmed 87 total cases of COVID-19, up from 62 a week ago. At deadline Friday, a total of 53 site personnel who previously tested positive had recovered. There were 15 new cases recorded this week, five more new cases than last week. One person had died from COVID-19 at the site, at deadline: an employee of site operations contractor Savannah River Nuclear Solutions.

Statewide, South Carolina saw another big increase in verified infections this week, with about 50,690 confirmed cases and 905 total confirmed deaths. That is up from about 43,370 confirmed cases and 784 deaths last week. The number of new cases confirmed this week was about 7,000 lower than the week before the Independence Day holiday, when the state registered one of its biggest week-to-week increases since the outbreak started. On July 3, there were over 1,400 more new cases in South Carolina than the week before that.

Confirmed cases continued to skyrocket in Texas this week. So far, despite the runaway number of new infections statewide, the Pantex host counties have not experienced the same rapid, post-Memorial Day increases as some other Texas municipalities — nor a repeat of the early May spike the locales registered when the federal Centers for Disease Control and Prevention came to town to perform tests at meatpacking plants in the Amarillo area.

The Amarillo-area counties had a combined total of 4,064 cases and 46 deaths at deadline: 3,038 cases and still 39 deaths in Potter; 805 cases and seven deaths in Randall, according to the Amarillo Public Health Department.

The number of combined new cases this week was around 30 higher than last week, when the counties confirmed 95 more cases than the week before that.

The two counties had at deadline combined for 26,661 tests performed, up from 24,802 last week and 23,012 the week before that, according to the Amarillo health department.

The Pantex Plant, although within a stone’s throw of the Potter County line, is a federal property surrounded on three sides by the sparsely populated Carson County, which itself had reported 10 confirmed cases of COVID-19, at deadline. That’s up from six the week before.

There had been more than 2.3 million tests processed in Texas at deadline, up from 1.9 million last week, and 1.6 million the week before that, according to the state and the Hopkins tracker.

There were 181 confirmed cases in Nye County, Nev., near the northwestern perimeter of the former Nevada Test Site, up 69 from 112 a week ago. That’s one of the biggest increases the remote county has ever seen, week to week. Nye County has had three two fatal cases of COVID-19 at deadline: flat, compared with a week ago. The remote county’s count of confirmed cases now has more than doubled inside a month.

In Las Vegas and surrounding Clark County, which have most of the state’s cases and deaths, there were more than 20,622 cases and 468 deaths, up from around 15,600 cases and 420 total deaths last week. That’s about 1,300 more new cases reported this week than the week before, according to the Hopkins tracker, again driving the statewide spike in new cases.

Statewide, Nevada had about 24,900 cases and 571 deaths, up from some 20,700 cases and 525 total deaths a week ago. The number of new cases recorded this week was about 1,700 lower than the number of new cases recorded the week before, reflecting as in other states a larger spike in previous weeks. The week before the July 4 holiday, Nevada confirmed more than 1,000 new cases than it did in the prior week.

There had been almost 329,800 tests performed in Nevada, as of deadline, up from about 284,000 a week ago and 255,500 tests a week before that, according to the state and the Johns Hopkins tracker.

There were at deadline 133,291 confirmed fatal cases of COVID-19 domestically, up 5,229 from 128,062 confirmed deaths last week, according to the Hopkins tracker. That’s more than 1,500 new deaths, compared with the week before.

The United States remains by far the most infected nation on Earth, with more than 3.1 million cases, up some 400,000 confirmed cases from a week ago.

Since confirmation that the outbreak had hit the U.S., some 969,000 people domestically had recovered from their bouts with COVID-19. There had been nearly 38 million tests performed in the U.S., up from 33 million a week ago, and up from 29 million the week before that.