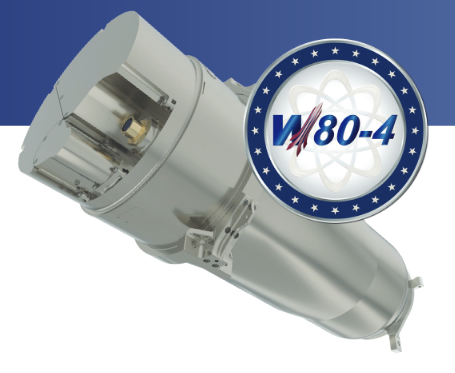 The semiautonomous Department of Energy nuclear weapons agency will turn out the W80-4 first production unit by Sept. 30, 2027 instead of some time in fiscal year 2025, which ends Sept. 30, 2025, an agency spokesperson in Washington told the Exchange Monitor Wednesday.

W80-4 will be designed to tip the Air Force’s planned Long Range Standoff (LRSO) Weapon cruise missile, which Raytheon is building. The Air Force planned to deploy the missile starting in 2030 or so. LRSO will replace the Boeing-built AGM-86. Boeing’s B-52H will be the first aircraft to carry LRSO, which eventually will fly aboard the B-21 Raider bomber that Northrop Grumman is building.

NNSA’s Lawrence Livermore National Laboratory in California is in charge of W80-4, which will be a refurbishment of the W80-1 warhead now carried by the Boeing-built cruise missile.

In January 2019, about a year before the COVID-19 pandemic, NNSA’s Cost Estimating and Program Evaluation office, which is not part of the W80-4 program office, estimated that the warhead’s first production unit would probably be in fiscal year 2026 instead of fiscal year 2025.

Around two years later, in June 2021, the NNSA testified to Congress that complications arising from the pandemic might delay W80-4. In May, NNSA Administrator Jill Hruby testified that there were “a handful of components” that would not be ready in time to crank out the first W80-4 in fiscal year 2025.