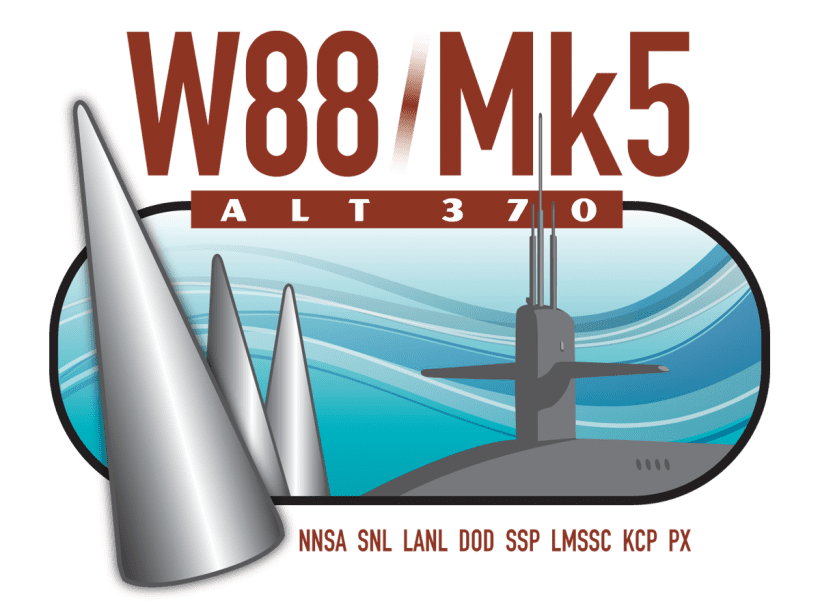 The National Nuclear Security Administration said this week it completed the first production unit of a refurbished submarine-launched nuclear warhead, setting the stage for a mass-production run that could begin early next year and which will fit the weapon with a new detonation system rated for 30 more years at sea.

Workers at the Pantex Plant in Amarillo, Texas, finished the proof-of-concept article for the W88 Alt-370 on July 1, the National Nuclear Security Administration (NNSA) wrote in a press release. Los Alamos is the design agent for the refurb. Early work began in 2012 and production is scheduled to run through fiscal year 2026, according to NNSA’s 2021 Stockpile Stewardship and Management Plan.

The NNSA plans to deliver an unspecified quantity of the altered W88 warheads to the Navy some time in fiscal year 2022, according to the civilian agency’s latest budget request. The Alt 370 program will replace the warhead’s conventional high explosives, which trigger its nuclear detonation, and its arming, fuzing and firing system, which sets off — and prevents the setting off — of the conventional explosives.

“The service life of the new arming, fuzing, and firing assembly is 30 years,” an NNSA spokesperson wrote in an email on Tuesday.

But before any of that can happen, the W88 Alt 370 needs to pass muster with its Design Review and Acceptance Group, which has scheduled a final review of the program for October. Assuming a positive review, the NNSA planned to ask the joint Pentagon-DOE Nuclear Weapons Council in January 2022 for permission to begin manufacturing, the NNSA spokesperson said.

First production units are torn apart and studied to verify that NNSA’s design and production line are ready for mass production. The non-government Federation of American Scientists estimated in 2021 that the U.S. has about 380 W88 warheads, which went into service in 1988 with an initial 25-year service life. The warheads in their Mark 5 aeroshells tip the Trident 2 D5 missiles carried by the Navy’s fleet of 14 Ohio-class ballistic-missile submarines.

While W88 is in the shop for its major alteration, it will also get a new gas transfer system and neutron generators, according to NNSA’s Stockpile Stewardship and Management Plan.

W88 Alt 370’s first production unit was about a year-and-a-half late, compared with the forecast NNSA offered when the weapon entered its production engineering phase. In 2019, the agency  disclosed that both W88 Alt-370 and the B61-12 gravity bomb refurb would be delayed because the agency had to discard capacitors intended for the refurbished weapons.

The capacitors could not last as long as the military required, NNSA said when it announced the delays. Three major components of the W88 were to use the unfit capacitors, which will be replaced with custom-made units, according to the NNSA’s fiscal year 2022 budget request. The Sandia National Laboratories designed the replacement capacitors.

Replacing the capacitors for W88 Alt-370 and B61-12 added about $850 million total to the cost of both programs, the NNSA has said. The W88 Alt-370’s share of the capacitor cost increase was $184 million, according to the 2021 Stockpile Stewardship and Management Plan. NNSA and the Pentagon have estimated the alt 370 program will cost about $4 billion over roughly 10 years, including up to $3 billion in NNSA expenses.

With an estimated 455 kiloton yield, W88 is the most powerful of the Navy’s three deployed nuclear warheads, according to the Federation of American Scientists. The W76-1 has a roughly 90-kiloton yield while the W76-2, which first went to sea in late 2019, has about an 8-kiloton yield, the federation estimates. The group does not disclose its sources for these estimates.