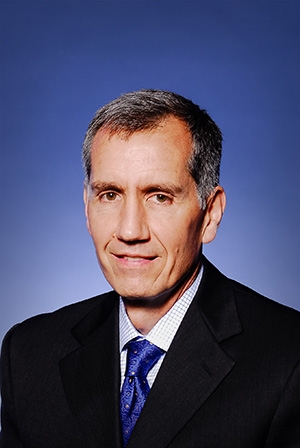 Washington state and federal officials are ready for negotiations on “a holistic and realistic path forward” on the schedule for disposal of radioactive tank waste stored at the U.S. Energy Department’s Hanford Site, the top official at the facility said in a letter this week.

Brian Vance, DOE manager for both the Richland Operations Office and the Office of River Protection at Hanford, on Wednesday formally agreed to negotiations with senior representatives from the Washington state Department of Ecology.

Vance laid out the DOE commitment in a Sept. 11 to the head of the Washington state Department of Ecology.

The two sides will seek agreement on revisions to the 1989 Tri-Party Agreement that governs cleanup at the former plutonium production complex. Washington state officials are increasingly worried the Energy Department is not doing enough to safeguard against leaks from single-shell tanks holding chemical and radioactive waste, while the federal agency is seeking a better relationship with its state regulator.

The U.S. Environmental Protection Agency, the third party to the Tri-Party Agreement, will also participate in the negotiations. The parties plan to narrow the scope of the talks by mid-October, then apparently begin negotiations by early November.

“The parties will consider hiring a professional mediator to assist with negotiations,” which are expected to finish by July 31, 2020, Vance wrote to Ecology Department Director Maia Bellon.

Plans for the state-federal talks have percolated for months – particularly after Bellon in late May threatened to go to court unless federal officials agreed to “frank discussion” about tank waste disposal at Hanford. Bellon said the state agency is increasingly frustrated by DOE’s frequent failure to meet cleanup timelines in both the Tri-Party Agreement and a 2010 federal court consent decree.

The state director’s May letter was directed to then-DOE Assistant Secretary for Environmental Management Anne Marie White, who resigned the following month.

Bellon wrote that she doubts DOE can meet its Tri-Party Agreement’s 2040 deadline for transferring all waste from single-shell tanks into double-shell tanks, then treating all the waste by 2047. The state wants some new tanks installed prior to full operation of the Waste Treatment Plant being built at Hanford; that milestone is due by 2026. Meanwhile, the Energy Department is cool to investing in what it deems a stopgap solution.

In his Wednesday letter, Vance thanked the state official for meeting with a committee of Hanford senior executives on Aug. 28, and also acknowledged a series of steps sought by the state to get negotiations started. “During our meeting, Ecology outlined a proposal to work in good faith to collectively identify” a mutually-agreeable path forward at Hanford.

In his Sept. 11 letter, Vance noted the state agreed to hold off on legal action while the negotiations are progressing.

In a letter to Bellon one week earlier, Vance acknowledged there is a “serious risk” of missing a 2036 Tri-Party deadline for starting operations on two key components of the $17 billion Waste Treatment Plant (WTP) being built by Bechtel.

The Energy Department “cannot project with certainty” when the High-Level Waste Vitrification Facility and the Pretreatment Facility will be completed, Vance said in the letter to Bellon on Sept. 4. The WTP will convert much of the 56 million gallons of radioactive waste stored in underground tanks at Hanford into a stable glass form for disposal.

During the talks, regular updates will be submitted to U.S. District Court in Eastern Washington, which is in charge of the 2010 consent decree on Hanford cleanup.

“If negotiations are successful, DOE and Ecology will present the new path forward, including any proposed new consent decree milestones to the court,” Vance said. The state can always pursue litigation if the talks break down.

“Thank you for your continued commitment to work in partnership with DOE to advance the treatment mission at Hanford,” Vance said in his letter this week.

Perry praised removal of highly radioactive sludge near the river after 10 years of work. The energy secretary told the Tri-City Herald the development shows residents of the Northwest the department can deliver on cleanup goals around the Columbia River.

After nearly a decade of preparation, workers at Hanford in June 2018 removed the first batch of highly radioactive sludge from underwater storage in the K West Reactor Basin. The Energy Department was required by the Tri-Party Agreement to transfer all the sludge to T Plant by the end of 2019. At the Hanford T Plant, containers of the waste are held in below-ground cells for storage. The cells have safety features to detect leaks.

The sludge was produced when irradiated reactor fuel rods began to deteriorate. Eventually the material will be treated and packaged as transuranic waste for disposal underground at the Waste Isolation Pilot Plant in New Mexico.

“We are making progress in each of these areas,” Blackford said during a panel discussion on the Hanford Site. “So, the river is being protected.” That’s vital, the manager said, because the Columbia River is a key water source for both Oregon and Washington.