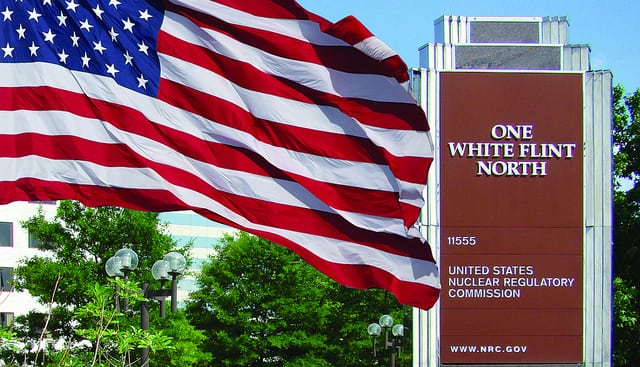 For the 2022 fiscal year, NRC apportioned $28 million of its proposed budget to its spent fuel storage and transportation program, according to the agency’s budget detailed justification, released Wednesday nearly a month after most of the Joe Biden administration’s proposed 2022 federal spending plan.

As expected, the request “does not include resources to support licensing activities for the proposed Yucca Mountain deep geologic repository for spent nuclear fuel and other high-level radioactive waste.”

Overall, NRC proposed $888 million in funding agency-wide, up around 5% from the $844 million it got in fiscal 2021. For fiscal year 2022, NRC will recover about $757 million in licensing fees, leaving a roughly $131 million bill for the federal government to foot, the commission said.

NRC’s spent-fuel request is about flat year-over-year compared with the 2021 appropriation. That’s due to the “completion of the license application reviews” for two proposed consolidated interim storage facilities (CISFs) and license renewals for independent spent fuel storage installations (ISFSIs), the commission said in its detailed budget request.

The NRC has said it would complete, as soon as next week, environmental reviews for commercial interim storage facilities proposed in New Mexico by Holtec and in Texas by Interim Storage Partners, a team including Orano and Waste Control Specialists.

NRC’s funding request for its decommissioning and low-level waste program was also about fiat year over year.  The agency asked for $22 million in the upcoming fiscal year, about flat compared with 2021. A “reduction in expected workload” for decommissioning rulemaking and reactor licensing activities were both reasons for the plateau, the commission said.

On the other hand, NRC’s funding ask for its overarching nuclear materials and waste safety program increased a little for fiscal 2022. If the budget request became law, the program would get around $130 million, up about 4% from $125 million in the previous fiscal year. Most of that funding — roughly $60 million — would go to the commission’s Nuclear Materials Users subprogram which regulates industrial, medical and academic isotope usage.

NRC’s efforts to regulate new reactors would also get a funding boost if its budget request becomes law. Under the agency’s reactor safety program roughly $89 million would go to licensing and oversight of new reactors. That’s up around 14% year-over-year from $78 million in fiscal 2021. Around $7 million of that extra funding would go towards three technical reviews for proposed advanced nuclear reactors, the commission said. Roughly $4 million would be poured into a “technology-inclusive, risk-informed, and performance-based regulatory framework” rulemaking for new reactors.

There’s only one new construction site for nuclear reactors — at Alvin W. Vogtle Electric Generating Plant in Georgia, where two new Westinghouse reactors are being installed by Georgia Power. NRC expects a net decrease of around $4 million in its new reactors program for fiscal 2022 as the reactor comes online and construction and inspection operations ramp down, according to the budget documents.