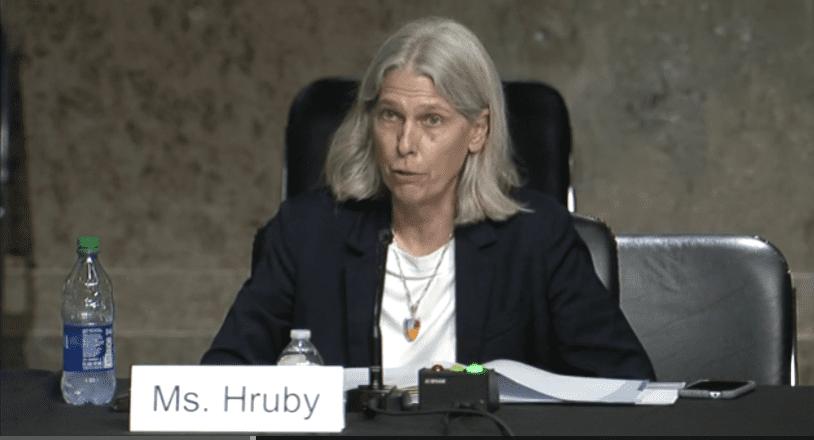 The vote was 79-16. Hruby’s swearing in at the Department of Energy had not been scheduled at deadline Friday for Nuclear Security and Deterrence Monitor.

The semi-autonomous National Nuclear Security Administration (NNSA) is the part of the Department of Energy responsible for nuclear-weapons maintenance, refurbishment and testing. Hruby is the second woman to lead the agency. Lisa Gordon-Hagerty, the last full-time administrator, was the first.

Hruby spent more than 30 years working at Sandia, holding positions in weapons and nonproliferation programs before rising to lead the labs network. She has a master’s degree in mechanical engineering from the University of California at Berkeley.

Hruby’s nomination took about three months to get through the Senate.

That’s about a month more than the average wait time of the five previous NNSA administrators. It is also, by a matter of days, the longest any NNSA administrator designate will have waited in the chamber in the agency’s roughly 20-year history. Linton Brooks, the third and longest-serving NNSA administrator to date, took two months and 28 days to clear the Senate.

Last week, Sen. Tom Cotton (R-Ark.) lifted a hold on Hruby’s floor vote, clearing the way for her confirmation. At deadline, she had not been sworn in by DOE. Charles Verdon, the NNSA deputy administrator for Defense Programs, had been the acting NNSA administration since inauguration day.

Hruby will take the tiller as the NNSA simultaneously prepares to build a pair of plutonium pit production factories and perform overlapping refurbishes of two of the six deployed nuclear weapons in the U.S. arsenal: the B61 gravity bomb and the W88 submarine-launched nuclear warhead.

The U.S. nuclear weapons production complex has not faced a workload like that since the end of the Cold War, and there’s more on the way.

After the B61 and W88 refurbs are out of the pipe, the NNSA will begin refurbishing the W80 air-launched cruise missile warhead and the W87 intercontinental ballistic missile warhead. The latter will be the first in decades to be fitted with freshly made plutonium pits, to be cast at the planned factories at the Los Alamos National Laboratory in New Mexico and the Savannah River Site in South Carolina.