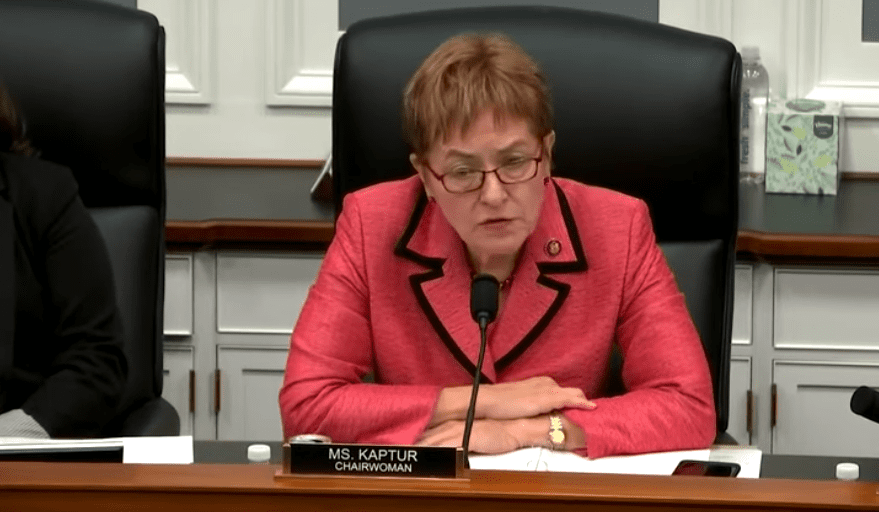 The House Appropriations Committee on Monday approved its fiscal 2021 energy and water development bill, clearing the way for a vote by the full House later this month on the spending plan that would provide at least $7.5 billion for Energy Department nuclear cleanup.

The Democrat-majority panel approved the spending package in a 31-20 vote along party lines, and congressional sources expect floor debate on the package during the week of July 27.

In addition, the committee majority is proposing to add about $3 billion of additional nuclear cleanup money, variously referred to as infrastructure or emergency funds.

Several major DOE Office of Environmental Management sites targeted for fiscal 2021 funding cuts by the White House would be restored at least to current levels by the House bill.

The $7.45 billion for the DOE Office of Environmental Management is basically equal to the amount enacted for fiscal 2020, but far above the $6.1 billion proposed in February by the Donald Trump administration. The largest upside would be at the Hanford Site in Washington state, although locations such as the Los Alamos National Laboratory in New Mexico and the Idaho National Laboratory would also benefit in the fiscal year starting Oct. 1.

The Richland Operations Office, which oversees contractors and site infrastructure needs at Hanford, and the Office of River Protection, which oversees the site’s 56 million gallons of radioactive tank waste, would together be funded at over $2.5 billion. That is $752 million more than the total Hanford spending sought by the administration, and $38 million above the amount enacted by Congress for fiscal 2020.

Environmental Management funding for the Idaho National Laboratory under the House measure would be level with fiscal 2020 at about $434 million, compared to $260 million sought by the administration. At Los Alamos, the committee would restore the $100 million the White House proposed cutting from the fiscal 2020 level of $220 million.

The House bill would provide nearly $407 million for cleanup at the Oak Ridge Site in Tennessee, less than the $450 million in the current budget year, but still far above the $263 million sought by DOE.

The House committee’s plan adds $65 million for operation the Salt Waste Processing Facility at Savannah River and also deletes $21 million in SWPF construction funding from fiscal 2020, given the plant is effectively built and expected to come online this year.

The report that accompanies the energy and water legislation calls on the Energy Department to study traffic levels on roadways around WIPP, and brief the committee on the issue within 60 days of the bill’s passage. The briefing should detail DOE-related traffic in the area between 1992 and 2020 and how this compares to other major regional users of the same roads, such as the oil and gas industry.

Defense environmental cleanup, the largest bloc of EM spending, would account for $6.3 million of the total, up from roughly $5 billion proposed by the Trump administration in its overall remediation request.

The two other EM budget categories – non-defense environmental spending and the Uranium Enrichment Decontamination and Decommissioning Fund would be budgeted at $315 million and $821.6 million, respectively. The non- defense line item is $39 million above the $276 million request and $4 million less than the current $319 million level. The committee’s proposed funding for UED&D represents an increase of $15 million from the $806.2 million request, but below the $881 million in the current budget year.

In addition to the primary spending plan, the House Appropriations Committee report also alludes to roughly $3 billion in additional infrastructure spending that the Office of Environmental Management would share in, which might be intended as some type of stimulus for local economies suffering a downturn linked to the COVID-19 pandemic.

Defense environmental spending would receive $2.68 billion of this additional money, while non-defense would receive another $200 million and the UED&D fund would land an extra $240 million.

The extra spending includes items such as $230 million worth of new tank farm infrastructure at the Hanford Site in Washington state and $170 million for decommissioning excess facilities at the Lawrence Livermore National Laboratory in California.

Rep. Mike Simpson (R-Idaho), ranking Republican on the House Appropriations energy and water subcommittee, said last week members of his party were not consulted about the additional funding included throughout the energy and water package. He predicted the extra money will be deleted in the Senate.

The Senate has not yet released any of its 2021 appropriations bills.

The House Appropriations bill sustains the prohibition on Energy Department sales or barter of government-controlled uranium to help pay for remediation at the Portsmouth Site in Ohio.

“The Committee continues to reject any attempt to barter, transfer, or sell uranium to pay for Portsmouth cleanup costs,” according to language of the bill.

Portsmouth would receive $430 million through the UED&D Fund, $12 million more than the $418 million it received from that account in fiscal 2020. The Energy Department requested about $415 million. The UED&D provides the bulk of the funding for Portsmouth.

On the issue of uranium barter, the House Appropriations Committee concurred with the Trump administration. In the budget plan issued in February, the Energy Department said it would not conduct any uranium trading for 2021.

In a report issued in April, DOE reaffirmed its position on the process, which involves sale of excess government uranium in order to compensate for potential shortfalls in funding.

For nearly a decade until 2018, the agency bartered excess uranium from the government inventory in return for services at the Portsmouth Gaseous Diffusion Plant facility in Pike County, Ohio, the report notes.

The agency would barter uranium to cleanup contractor Fluor-BWXT Portsmouth, which then would sell it on the open market to find its work. But the April report notes in fiscal 2020 the agency received the appropriations necessary to complete the annual work without bartering uranium. Then-Energy Secretary Rick Perry agreed with congressional critics of the program, telling a congressional panel in 2019 that barter was “no way to run a railroad.”

Sen. John Barrasso (R-Wyo.) has argued that introducing government-controlled uranium into the market is not fair to private uranium producers in his state and elsewhere in the nation.

The legislation also sets the stage for DOE to proceed with its plan for long-term storage of elemental mercury at a privately owned facility in Texas.

The energy and water appropriations bill includes language saying DOE can start accepting fees from businesses, such as gold and silver mines, that generate elemental or metallic mercury as part of their operations. The money collected will finance long-term storage at existing Waste Control Specialists facilities in Andrews County, Texas.

The House panel’s budget plan envisions DOE taking in $3 million in receipts in fiscal 2021, which would be used to pay Waste Control Specialists. In December, the Energy Department reached a lease and services agreement with the Dallas-based company for management and long-term storage of mercury. Under a DOE record of decision issued that month, the waste complex can receive up to 6,800 metric tons (7,480 tons) of mercury.

The Mercury Export Ban Act of 2008 placed DOE in charge of domestic management and long-term storage of mercury waste. The Energy Department budget for fiscal 2020, provides $1.2 million for establishing the process for management and storage of the mercury.

The Texas Commission on Environmental Quality has authorized a change to the existing state hazardous waste permit for Waste Control Specialists, clearing the way for mercury storage.

The Energy Department has over time studied both its own sites and commercial facilities for mercury storage, including the option of constructing a building at WIPP.